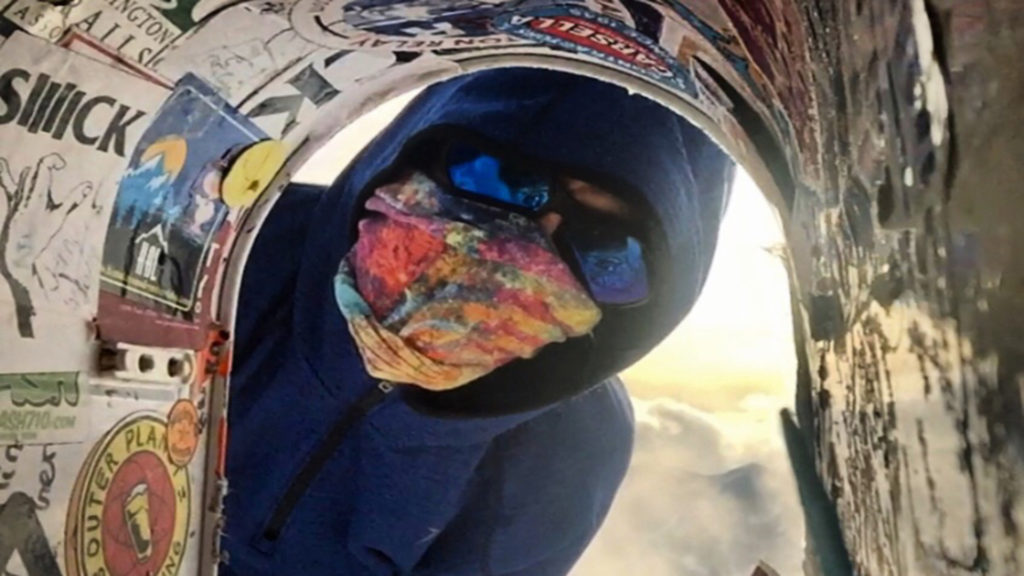 Until about March of 2020, I only wore my Buff to hold my hair back, keep my neck from getting sunburned, or protect my ears or face from cold wind. For the most part it was a hair accessory that I wore like a do-rag or a nun’s habit, keeping my hair completely contained, or pushed back off my forehead like Madonna c. 1984. It accompanied me on pretty much every hike, even the quick semi-urban trail runs during which I don’t always bring all ten essentials. I hate the feeling of hair on my face and neck and just want it AWAY where I don’t have to think about it, and the Buff does the trick.

For those of you not familiar with the magical Buff: it’s a tube of thin merino wool in stylish colors or patterns that you can wear on your head and neck in a dozen different ways, like a little babushka scarf, but for athletes.

Enter 2020, and a pandemic, and lots of new rules about masks and restaurants and this thing called social distancing, and then they closed the trailheads and so many of us trail folks were relegated to city streets or bike paths as we looked for places to stretch our legs and feed our souls. Because that’s the thing, really, that’s what upset everyone so much about the closures: our sanctuaries were taken from us, our cathedrals roped off, our therapy inaccessible. The mountains for a lot of us have little to do with physical exercise and everything to do with spiritual tranquility. Not saying we’d go to peaks if we could drive to them, because the exertion is part of the process, part of the whole work/reward loop, but I’m saying that very few hikers are pounding out a thousand miles a year so they’ll look good in a cocktail dress. For most hikers, the whole reason they’re out there is because it settles the chatter in our heads, it gives us quiet, it helps us untangle the conflicts and emotions that wrap around daily life like barbed wire at times. To have that taken away during a time we needed it most really affected a lot of people.

Speaking of a lot of people, the pandemic brought with it a whole herd of people who were now working from home, laid off, or self-quarantining for any number of reasons, people who suddenly decided they needed to hike. Great. So we wound up with areas that were previously remote, wild, and rarely traveled now crowded with people who are all out there to get away from people. And we found that hiking in a paper mask is not the most comfy thing on the planet, and hooking a mask on and off your ears every time someone passes you gets old after about the second person you pass. And yet folks are understandably twitchy about all the huffing and puffing and germ droplets that come out of whatever orifice as you pass on a not-quite-six-foot-wide trail.

You can wear it around your neck (good for warmth in the winter and sunscreen in the summer), then pop it up over your mouth and nose when passing other humans, and pull it back down when the danger has passed. It’s no N95 and I’m no infectious disease specialist but for that one second when someone else passes and turns the other way and you’re both wearing something like that, it seems to do the trick.

I’m a fan of the original name brand Buff. SA and a few other companies make them, but the Buff buffs are softer and actual merino wool and come in some pretty great colors and patterns, and if we are going to be masking into the new year, you might find that having one of these along on hikes is a great way to stay safe while staying comfortable.