GoTrail is a relative newcomer to the hikefinder scene, and is having new trails added to its directory every day. This is a nationwide site that encourages reader contributions, and will pay a small fee for trip reports as it works to build its database.

Main information included is mileage, elevation gain, permits/parking, if there are bathrooms, and if trails are pet, kid, or wheelchair friendly. Detailed trip reports describe terrain, obstacles, overall difficulty level, and sometimes even history or notable facts about the area. 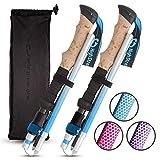 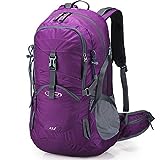