Or at the very least, polarized and UV-protection sunglasses, but for the love of God please take care of your corneas when hiking on snow. If you haven’t heard stories about snowblindness yet, stick around. They are horrifying and made me rush out and buy my first pair of Julbo Sherpas.

Functionality: You Need To Be Able To Open Your Eyes

If you think hiking in the snow is difficult, try doing it with your eyes closed. As a native Californian, I didn’t understand until I began winter hiking in Washington how snow is so strangely and painfully bright that looking at it is like looking at the sun, you literally have to squint so hard that your eyes close. In a situation like the Muir Snowfield, I would argue that eye protection is more important than any other piece of gear; as in, I’d rather do it in Converse high tops with eye pro, than in good hiking boots and no eye pro. A visor isn’t a good substitute. Peekaboo hands aren’t a good substitute. Pulling a buff or other garment over your face and trying to look through the fabric isn’t a good substitute. You need to be able to open your eyes and use them as they were intended to be used: open, and to see everything around you, like danger, and beauty.

Let’s say you somehow manage to hike for a little while without eye protection. Maybe it’s a little bit overcast, or it’s a big climb and you’re so excited that the adrenaline has you a little stupid, and maybe you don’t notice the “there’s something in my eye” feeling, a mild headache, or blurred vision yet. Like a sunburn of the skin, a sunburn of the eyes often doesn’t hurt until after the fact, so don’t use “it feels okay” as a gauge. Regardless of how you feel, protect your corneas!

Please think of this as a non-negotiable issue. Having a red nose or peeling shoulders isn’t ideal but it’s not the end of the world, whereas you can lose your vision temporarily with even minor snowblindness. It typically resolves in 24 to 48 hours, and while it isn’t an actual can’t-see-anything-but-black sort of blindness, your vision can be significantly impaired, making it unsafe to hike, ski, climb, and drive, which is not the situation you want to find yourself in halfway up a big mountain.

Snow blindness (medical term: Photokeratitis) is a painful, temporary loss of vision due to overexposure to the sun’s UV rays. Eye damage from UV rays is particularly common in the North and South Poles and in high mountains where the air is thinner and provides less protection from UV rays.

If you experience any of these symptoms, know that they typically resolve on their own within a day or two without medical treatment. To facilitate a peaceful healing process, you should:

While the majority of eye issues will resolve themselves over a couple days, others may become more uncomfortable (and potentially dangerous) without medical attention. If your symptoms persist longer than two. days, or if symptoms worsen rather than improve after 24 hours, contact your doctor or ophthalmologist. A more aggressive treatment plan may be warranted, like medicated eye drops.

It’s not just snow blindness you need to protect your eyes from out there, though that is the most serious of all the mountain eyeball issues. But consider these ocular hazards:

When you have one of those super emotional summits, but don’t want to look like a blubbering mess, boom, hide those tears behind your lenses! We can’t help that sometimes feelings leak out of our eyes, and depending on the company and the overall vibe of the day, maybe you don’t want people to see that you’re weeping tears of joy. I am only half joking about this.

I can’t say enough about my Julbo Sherpas. I’ve never been a sunglasses person, even growing up in Southern California, even as a teenager in the 80s when everyone else on the beach was sporting RayBans, I preferred to squint. Not sure if it was the lingering trauma of being stuck wearing terrible coke-bottle glasses as a kid or just feeling like my vision was somehow impaired with the darkness of sunglasses, but I didn’t like wearing them. And until about five years ago, I didn’t hike, or do much of anything really, if there was snow, so it wasn’t an issue. Fast forward to my first day hike on the glaciated flanks of Mt. Rainier when the Summerland trail was still mostly buried in snow yet the sun was out in full force, not a single cloud in the sky. I already had my sights on Camp Muir later that month, and was starting to get that I’d need to cave in and get some eye protection if I was going to do the things I wanted to do.

So after much research and asking around, I found myself at REI a couple days before Summerland, asking to see one of the pairs in the locked glass case (fancy) and trying them on, immediately taken by three things:

I also felt like a vintage aviatrix with the little leather side covers, which was rad, and was glad they came with a string so I could keep them around my neck for easy on-and-offs in alternating snow/sun areas; other fun features are the hard plastic case and the fact that you can buy replacement parts on their website. Getting replacement lenses for a fraction of the cost of new shades was nice when the originals became scuffed from months of wear and tear.

I’ve worn my Julbos everywhere from small local hikes to the tops of 14ers. I’ve worn them in near-0º temps as well as near-100º temps and they’ve performed perfectly. Even after long weekends with nothing but sun and glaciers, I’ve never had eye problems. Some fogging on occasion when I have a Buff or balaclava on but that’s to be expected and easily fixed with a good anti-fog spray like Nerdwax’s Fogblock, or even the old wipe-em-with-shaving-cream trick.

For as often as folks lose or break sunglasses, to have had this same pair the whole time says a lot about their durability. And for someone who resisted sunglasses for so long to actually enjoy wearing them says even more about them, their comfort and security and the way you forget you’re even wearing them and can go about your expedition without a single worry about your eyes or eyewear.

Some other popular shades which I’ve not tried but have heard great things about: 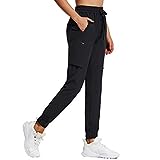