With low avalanche danger, enough foot traffic to pack down an obvious trail, easy access via a paved road not far out of town, and parking near sea level, Mailbox Peak has quickly become one of western Washington’s favorite winter hikes. There’s a segment of the hiking population that will generally stay away from snow, … [Read More] Slippery slope here, no pun intended, as we talk about the Haystack, because that nubbin on top of Mount Si crosses the line from hike to climb. It’s a Class 3 with exposure, and falls have resulted in numerous deaths. It’s a don’t-look-down, three points of contact, mildly dizzying 150 feet or so that starts … [Read More] Mount Si‘s tiny next door neighbor has a lot to offer: from kid-friendly and beginner trails to bolted climbing walls and a scramble route, Little Si is definitely more than meets the eye. Sitting on the west side of North Bend’s famous Mount Si, Little Si is a great option for people who aren’t ready … [Read More] It wasn’t until I met other mountain women that I felt like I had truly found my people. The anomalies among us that are too dude to connect with the classic lady-ladies but too femme to be one of the guys, we found each other out there, dirt under our short nails, no makeup, hair … [Read More] It’s no secret that hundreds of people in the greater Seattle area hike Mount Si as a conditioner, a trainer hike, a hike to build the fitness needed to hike other hikes. Some people say that if you can do Si in two hours carrying 40 lbs you’re ready for Rainier (a statement/mindset so off-target … [Read More] Hiking Mount Si in the winter is very different from hiking Mount Si in the summer. The crowds have gone, the temps drop to single digits at the summit at night, the color scheme is white and gray, and you have to change what’s in your pack in order to have a safe trip. Don’t … [Read More] Its tagline should be: Great if you have bad knees, terrible if you have a short attention span. There are two ways up this beast of a mountain: the rugged, brutal, masochistic Old Trail or the gently graded, slowly switchbacking, lush and lovely New Trail. You know those siblings that look a lot alike but … [Read More] My Osprey Ariel had served me well on numerous shorter adventures, so when my hiking partner and I decided to do a 75 mile section of the Pacific Crest Trail, of course that would be my pack. I didn’t even question it. And I continued to not question it…until the end of day two, when … [Read More] Monday evening, the week we are due to leave for the John Muir Trail on Thursday: Pack has been packed and repacked and is now perfect, resupply bucket has been mailed to our halfway point: the Muir Trail Ranch, toenails are trimmed super short, there’s no rain in the immediate forecast, the water crossings are … [Read More] 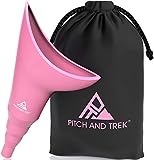