While the outdoors is our playground and we should—and do—run wild and free, there are a few rules of the road that will help us all get along out there while we’re doing so.

Right of way: When you are going downhill and pass someone coming uphill, step to your right and allow them to pass. The main reason being that they are on a roll and you should yield to their momentum. If you’ve ever been huffing and puffing your way uphill, you know how much it breaks your rhythm to have to stop. The exceptions here would be if the uphill person stops and waves you on down (sometimes it’s a great excuse for a break) or if the terrain somehow warrants deviating from this custom.

Passing: Sort of like the walking version of driving, if someone wants to go faster than the person in front of them, they will say “on your left” and proceed to pass on the left, while the other person scoots to the right. This happens often on trails that see a mix of runners and hikers. On shared-use trails, hikers yield to horses and mountain bikers yield to both hikers and horses.

Don’t block the trail: When hiking with others, unless the trail is road-wide, hike single-file. This allows others to pass. If you’re taking a snack/gear break, get over as far to the right as you can without damaging fragile foliage off-trail. Try to pick a wide spot or the crook of a switchback if you need to stop. If you’re taking pictures, be mindful of others who are waiting for you to do so so they can pass.

Wildlife: As cute as they are, feeding the little critters that gather at your feet at popular summits is frowned upon. Aside from giving them things that might be bad for them (throwback to the time I stopped someone from giving Pop Rocks to a chipmunk because they thought it would be funny), it is also getting them further from their natural hunting and gathering state and domesticating them to the point where they couldn’t survive if the trail was closed for some reason. Not to mention the risk of injury or disease should you get nipped in the process.

Stay on trail: Whether cutting switchbacks or creating your own shortcut, going off trail tramples vegetation and disturbs the ecosystems of the forest floor. In a rocky area where surfaces are durable this isn’t as much of a concern, but it is still considered best practice to stay on the designated trail (it’s probably the most efficient route, if anything should happen SAR could find you easily, and you won’t startle people on the trail by crashing around in the woods sounding like a bear). The irony of talking about Leave No Trace while on a manmade trail isn’t lost on any of us, but not increasing the trace already left is the right thing to do and will help prevent land erosion.

Bluetooth speakers: Here’s a huge pet peeve of the hiking community. The odds of everyone else wanting to hear your music is slim to none and you will be met with nothing but dirty looks. Also, you won’t hear that “on your left” from a trail runner and you certainly won’t hear their footsteps approaching. See also: cougar. See also: rockfall. See also: not being a douche.

Off-leash dogs: Another pet peeve, pun intended. Most trails require that all pets must be on a leash, and many hikers ignore this. And this is a hot topic that gets debated in the hiking world quite often: on the one hand you have a chorus of “but he’s friendly” and “but he’s voice trained” and “he loves to run free” and those are probably all true. And trying to explain to someone why their “fur baby” should be a on a leash is like talking to a wall, but I can tell you as someone who has had many dogs all up in my personal space while hiking, they need to be on a leash if it’s a populated trail. One, I’m a klutz and if I’m running downhill at a good clip and said “fur baby” is so excited to see a person that they bound toward me or get underfoot as I pass, I’m probably going down. Two, I might not want your dog’s wet nose, slobber, hair, scent, etc on my person. Three, there might be kids out there afraid of dogs. Or adults for that matter. “He’s a good boy” doesn’t do much when a dog is jumping up on someone who is terrified of dogs. The response 100% of the time? “omg he never does that.” Speaking of never, most of the Lost Dog postings I see at trailheads or on social are for dogs who “never run off.” But they get tempted by squirrels and birds and sounds and smells and instinct takes over: the leash law isn’t just to suck the fun out of your day, it’s to keep your dog safe as well. See also: other dogs, cougars, steep drop-offs. See also: tiny dogs and birds of prey. Twice I have come around a bend to a lone, unmanned dog holding perfectly still and baring its teeth, no owner in sight. One was a black German Shepherd growling and with his hackles up. He had lowered a little and was growling in a weird aggressive way so I calmly slid my bear spray into my hand and was taking its lock off when a human came into view and shouted out “oh don’t worry, he’s friendly.” I held up my spray and said “Well, I’m not” and we had a good chat about how trail etiquette has nothing to do with the niceness of the dog, and does anyone ever think that the leash laws are in effect to protect their dog from people instead of the other way around? Anyway: leash your dog, especially in those areas that have big signs up about leashing your dog.

Keep voices down: It’s not a library but talking extra loud, whether to your hiking partners or on the phone, especially when right near others, can seem a little uncouth. Just be mindful that other folks out there may have come for the solitude. I was once within earshot of a woman yapping and cackling nonstop on her phone for 35 minutes about her kitchen remodel in the most nasal, shrill voice. I finally altered my plan and turned off at a different trail just to get away from her. Don’t be her.

Follow LNT principles: This is sort of the catch-all for all the other things we should all do to preserve and honor our wild spaces:

Some other random considerations:

I try to think of myself as a guest in a sacred place, and act with respect and dignity. Sure, silliness and freedom and laughter and enjoyment is part of that, but I don’t walk around breaking branches or blasting music, and if I get to a summit and there’s one other party there, I pick a spot to sit that’s not right in their space. It’s really just common sense, but the more people I step over who are taking full-on sit-down breaks on the trail, the more I realize how very uncommon common sense is. There is enough nature to go around, and even the most popular trails can retain a feeling of tranquility if we each do our part and bring our best self out there. 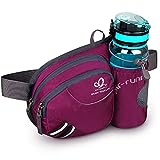 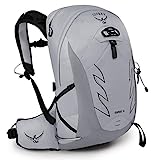 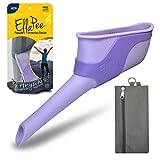