It’s a beautiful mountain, especially once you get above about 4000 feet and the terrain shifts to a nearly-alpine fantasyland of little tarns, ice cold waterfalls, and stepping stones crossing mossy meadows dotted with tiny wildflowers. I fully expect one day to see a gnome or a unicorn, or the dude from the Lucky Charms commercial. All of that plus a fire lookout to sit under (the lookout itself is closed but its foundation and beams provide a unique hangout and shady respite), views of Rainier from one side and the jagged spires of the North Cascades from the other, and a well-maintained trail make this a big-payoff mountain for those hikers who are outgrowing Tiger Mountain and Mount Si while still remaining local and easy to get to. It’s around 8 miles round trip and gains 3800 feet, so it’s similar to Si but with just a little extra gain; at 5629 feet, it stands tall at the gateway to Snoqualmie Pass and feels like a “real mountain.” So if you’re ready to level up from beginner to intermediate, consider Granite a solid next step.

However, a caveat. Granite is one of the many I-90 corridor hikes prone to avalanche under certain conditions. The trail crosses a few very distinct, active chutes, chutes you can see from the freeway, chutes that look ripe to release from the moment the snow starts piling up in early winter until it melts out in spring. The number of hikers who have no idea how to read the snow, what gear to bring, or what to do if they find themselves in avy territory is staggering. Because of its easy access, noobs flock out there by the hundreds on nice weather days; then many of them return for winter ascents — and never return home.

Every early spring like clockwork, there’s an avalanche incident on Granite’s slopes:

There are countless other stories of broken ankles, sprained knees, concussions, near-misses, and rescue missions; of avalanche courses never taken, NWAC reports never read, advice never heeded. People have dug their friends out just in time. People have stood on the side of the chute and watched snow flow fast down the gully, breathing hard for how close a call they just had. This mountain is a great example of one that is two very different beasts depending on the season, and one that people assume they can do in the winter if they’ve done it in the summer, but that’s absolutely not the case. There are a few of those around (Snow Lake, McClellan Butte, Mt. Defiance), mountains whose innocent summer persona is so friendly that it tricks folks into grabbing their spikes and poles and heading out for a little winter fun, blind to the hazards and clueless that they’re frolicking around on death’s doorstep.

So please: if you plan to do Granite Mountain in that late winter/early spring recipe-for-avalanches weather, don’t.

Rather, take an American Institute for Avalanche Research and Education (AIARE) class first, or some sort of avalanche awareness class, because once you do, you’ll not only know what to look for out there, but you won’t be out there in the first place because you’ll know you shouldn’t be there in those conditions.

So this trip report is for the non-avy-danger months of the year, and any photos with snow near the lookout are from May and June when avy danger was low and the route had been clearly established; I wasn’t alone, I had the proper gear and training, and I had been watching Northwest Avalanche Center’s (NWAC) avalanche reports and forecast maps for weeks.

Granite Mountain in the late spring, summer, and early fall is glorious. There’s something about the red-flowered hillsides in October combined with the dry air and shorter days of autumn that lure me into thinking that’s my favorite time; then I go in May when all the peaks as far as the eye can see are white with snow and I’m wowed by the Alpine drama that surrounds me and decide that’s my favorite time; then I take someone who’s never been up there during those pure early July days that shine with hope and optimism, when the days are long and the sun is steady, when the June Gloom is gone and the August fires haven’t started yet, and I declare July my favorite. In summer the surrounding hillsides are a vibrant green and the waterfalls are still flowing. It looks like someone was commissioned to paint the word “beauty” and this is what they came up with.

Starting out from the Pratt Lake parking lot, you are from your first steps immediately enveloped by the ancient deep greens and rich red-browns of a forest so lush and cozy you’ll think you stepped into a Tolkien story. Babbling brooks and the tinkly windchime sound of leaves in the breeze provide your soundtrack, punctuated by the occasional frog, bird, or in June, mosquito. You’ll come upon a clearly marked fork in the trail about a mile in. Left takes you down to Pratt and Talapus Lakes, right takes you up to Granite Mountain. Be patient here as the trail is mostly switchbacks and not super exciting until about a mile and a half from the start, when you stumble upon (hopefully not literally but watch your step here) the first slabs of the mountain’s namesake wedged vertically on the trail, and catch your first view of the mountains across the highway. You’ll feel a subtle change in terrain as the trail opens up a little bit, where the ferns and firs give way to red-berried bushes and long grasses, then crosses a waterfall, ducks into the woods again, and then crosses the avalanche chute mentioned earlier. It’s worth pausing here and studying it a little bit. Picture it with snow pouring down it at frightening speeds, look how far down it goes and imagine being under that snow flow as it travels a thousand feet down. Even when there is only a trace amount of snow here, I find myself side-hilling fast across that few yards of the trail as if the whole mountain is about to collapse; strange what happens when you know what’s happened in a place and can still feel its residual energy.

After that chute and a tiny bit more forest the terrain again shifts, now to wide open spaces and beargrass and huge vistas. You’re on the west slope of the mountain with Rainier visible to the south and the Snoqualmie Pass/North Bend cascades laid out around you. Just a half mile or so of incline later, the shift comes again, this time to the part where I usually say “Ricolaaa” or start spinning like Heidi, because it gets super Alpy here for a while. Tarns (seasonal ponds) rest in little flat areas and mini waterfalls trickle between stones next to the path, and wildflowers abound, tiny purple and red dots on a green hillside with a blue sky and huge gray boulders. Listen for the meep of pika frolicking on the rocks.

Speaking of boulders, you can either stay left and scramble up the ridge of washer/dryer sized boulders straight to the lookout, or go right and meander through some more Land-o-Lakes meadow-and-rock until you curl around the backside and come at the lookout from the west. If there’s enough snow left to completely and fully cover the boulders, that’s a shorter route to the top (but mind the cornice that forms to the right of the ridgetop!). If the snow is patchy and so-so, the boulders are somewhat dangerous as you’re liable to punch through and scrape your shin or worse. If there is zero or very little snow and you aren’t short on time, it’s a fun boulder hop. If you’re timing yourself, carrying a heavy pack, or are just antsy to get to the top, go right. There you’ll find little stepping stones and impromtu bridges, moss and lichen and heather, and get some early views of the North Cascades. A final steepish stretch brings you to the rocky summit upon which sits the old fire lookout tower.

A Mountaineers journal describes the summit of Granite Mountain as having a summer forest lookout station as early as 1916. A 1920 summit photo confirms the existence of a cabin and in 1924, an elevated D-6 cupola cabin was constructed. A new Weyerhaeuser product called Balsam Wood was used as additional insulation and shutters were hinged from the top. In the 1940s the lookout was used during WWII to spot enemy aircraft. The current 10′ L-4 tower was built around 1956 and used to be staffed with volunteers from June through September but has been unmanned, locked, and boarded up for years now.

If it’s hot out, the shade under the tower is a welcome reprieve, as there’s no shade for the last mile plus. If it’s rainy, there’s your cover. People hang jackets to dry, hang packs, lean poles on it, leash dogs to it, sit on the wooden crossbeams or on the rocks around it. The views are expansive and this viewpoint is divine, practically celestial. The clouds often tumble though the valley putting on a show as Rainier comes and goes; add in some hot pink and gold sunrise alpenglow cotton candy light and you feel like you’re looking into the rooms of heaven itself. My only complaint about this otherwise fantastic spot is that you can still see — and faintly hear — the freeway. It rudely erases any fantasy you were having about being in Switzerland or Lichtenstein or the Glacier Peak Wilderness. Speaking of Glacier Peak, if you can pull your eyes away from Rainier for a moment, the real show is behind you: on a clear day, you can see Glacier Peak, Mt. Baker, and the Stuart range from the backside of the tower, and if you know your peaks or have the peakfinder app, you’ll have a great time spotting The Tooth, Red Mountain, Snoqualmie Mountain, and even Mt. Shuksan. And the freeway noise is a little softer back there too, so bonus.

Depending on conditions and your timeframe, consider descending via the other way from which you ascended; they merge about a half mile down, well before you head back toward the woods, and that way you’ll get two different angles of the same mountain. If you’re comfortable ascending or descending in the dark, consider a sunrise or sunset trek to the top of this little beast and you won’t be disappointed. Harps and cherubs for real.

Getting off I-90 at exit 47, go left across the freeway and quickly make another left at the T intersection, and park in the Pratt Lake Trailhead parking lot, which has restrooms and an area trail map posted. There is only room for about 35 cars, so on nice weather weekends, you’ll see cars parked all along the access road on both sides. If you want solitude and a legit parking space, get out there as early as you can. You’ll need a Northwest Forest Pass to Park in the lot. 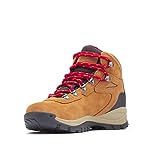