It’s no secret that hundreds of people in the greater Seattle area hike Mount Si as a conditioner, a trainer hike, a hike to build the fitness needed to hike other hikes. Some people say that if you can do Si in two hours carrying 40 lbs you’re ready for Rainier (a statement/mindset so off-target that I, as the kids say, can’t even: talk about apples and oranges). Some people call it “The Stairmaster” for its steady grade, an incline steep enough to get your heart pumping but mild enough that it’s never climbing just walking. Which means you can push your cardio and quads as hard as you want and not worry about hand and footholds. It’s wide like a sidewalk and impossible to get lost on: you can zone out and just GO. No worry about navigation, no decision-making, just one foot in front of the other.

Preparing To Use Mount Si For Training

The first time I hiked up Mount Si it took just over three hours to reach the top. My fastest ascent to date is 1:22. That’s just what happens when you do it over and over and over, each time trying to give it just a little more gas. I didn’t do anything special, I didn’t have a coach or a book or a class, I just kept walking up and down it and I got faster. It helped to have 6 or 8 landmarks along the way, places I knew I wanted to hit at a certain increment of time in: 20 minutes to the big log, 45 to the boardwalk at the halfway mark, 1:15 to the post that says 3.5 in sharpie on the left, etc — you’ll find your own, and the numbers will change as you get faster, try to make it to the boardwalk in 50 minutes instead of an hour, or an hour instead of an hour and a half. The key here is for YOU to compare yourself to YOU. Don’t let your head get cluttered with other people’s times; that’s a self-destructive rabbit hole that you want to stay well away from. You just work on shaving one or three or five minutes off each ascent. Once you’re in a groove with the up, start playing with the down. Look at your descent time and see how much you can take off by running one section, or two, or all of it. I still record mine as two separate numbers rather than one round trip number (because personally if I knew it was one big number I’d probably just run down faster instead of pushing myself to walk up faster).

Unless you have serious back or knee problems, training with some weight in your pack is a great way to build strength. It’s nice if you’re starting in winter, since you’ll need to carry extra gear anyway. Get a luggage scale, and weigh your pack. Increase by 5% every four weeks (which may seem maddeningly slow, but it’s kind to your joints and spine). Keep increasing until you can carry about 25-30% of your body weight up and down the mountain without incident. Do a weighted hike once a week to maintain the strength you’ve built. Go on a backpacking trip. When you can comfortably carry everything you need on your back, you’ve just unlocked a whole new level of adventuring! Not to mention your quads will look amazing.

Mount Si has several little off-shoot or connector trails, so study the map and have some fun! Here are some of my favorites:

It’s Your Mountain, Have At It

That should give you some food for thought and some jumping off points. You can work in your own variations (I once did a double in a downpour because I felt I needed the practice and immersion [no pun intended] of hiking in crap weather) (I don’t recommend that, just saying I did it). I’ve seen people stop and do pushups, I’ve seen people run up it, I’ve sprinted down it myself in under 40 minutes. It really is yours to use for whatever you feel you need to build on. It’s prettier than the gym, it’s free, and as I’ve been told by the old school mountaineers who were doing this long before any of us were running around in our Arc’teryx gear: the best training for climbing mountains is climbing mountains. 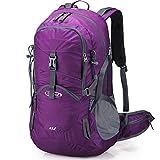